Notes about how this New Year opened:

My one-person show finished at City Café, with wonderful private commissions and sales of my paintings to Dallas art collectors and animal lovers.  Fourteen paintings from my Animal Series were exhibited through the first week of this year.

Many thanks to Karim Alaoui, owner and gracious proprietor of City Café. Stop and have lunch or dinner at his restaurant on 5757 West Lovers Lane.

I was honored to be selected by the Dallas Museum of Art to be a guest artist at their annual Junior Associates “Curator’s Choice” event.  My curatorial pick, from the collection currently on display, was a painting by one of my favorite artists, John Singer Sargent. 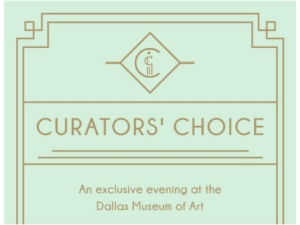 Artist: John Singer Sargent, American
This portrait was believed to have been painted in Sargent’s London where he used this chair as a prop – see chair arm to the left.

And, the February/ March 2014 issue of Patron Magazine features the home of art collectors, Jose Gomez, MD and Francis Luttmer. They own one of my paintings from my Emergent Series body of work titled, “Emergent Series – Finding Johnny Depp.” They’ve become friends who I always enjoy seeing at art and architecture events, including last year’s TWO x TWO at the Rachofsky’s home.

As 2014 progresses, I wish everyone a year of beauty and engagement in the arts, architecture, culture and kindness.

Last Sunday I sang the praises of John Singer Sargent and the current show, Sargent’s Youthful Genius: Paintings from the Clark, at the Amon Carter Museum in Fort Worth. The little bird, in the photo above, perched on the street sign was also singing.

Before I left the building last Sunday, I took a detour on the second floor just curious about what they had in their permanent collection. For those, like me, who took lots of art history courses and sat in a darkened class room and watched slides of the best examples from the period in discussion, I was delighted to find many real McCoys at the Amon Carter. Here are paintings you can see firsthand; or, in the case of this first work, “in the flesh:” 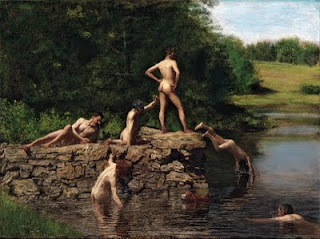 Thomas Eakins was a highly regarded teacher at the Pennsylvania Academy of Arts where he continued the Renaissance tradition of studying the human body. The painting, Swimming, is considered one of his finest renderings of the human form. His students posed as models. He included himself in the lower right corner gliding towards his dog, Harry. Swimming raised some eyebrows because the academy had a policy of restricting professors from using students as subjects. A year later, Eakins was asked to resign after a classroom incident when he again ignored another school policy. Male models were to be draped whenever a female student was present. He is quoted as saying that he left “with his conscience clear” because he had “little patient with false modesty which is the greatest enemy to all figure painting.” 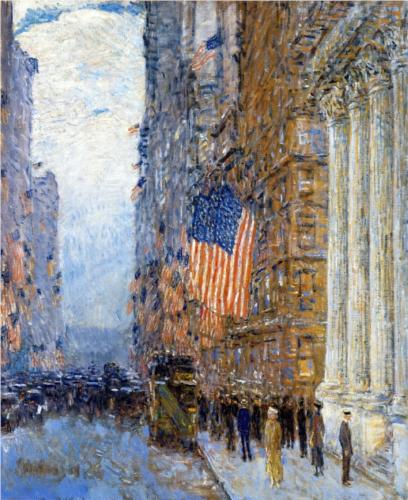 The American artist, Childe Hassam, was cited in my art history books and lectures for his prolific output of urban and coastal scenes – 3,000 over the course of his life – and, more importantly, for his adoption of the Impressionism style. Among American collectors, dealers and museums in the early 20th century, Hassam was instrumental in popularizing the softer pastel color palette and free staccato brushstrokes being used by the European Impressionists.

When you visit, also look for excellent paintings by artists among the greats like Winslow Homer, Mary Cassatt and Georgia O’Keefe.

Above is a section of the “front porch” (or loggia) entrance to the Amon Carter Museum. Philip Johnson’s design specified that all the arches and columns were constructed using Texas shell-limestone. Johnson took several trips to Leander, TX. quarries before finding the right cream-colored stone.

The building itself has an interesting story. New York-based architect, Philip Johnson, was hired to design what became the first modern museum in Fort Worth – finished in 1961, with the Kimball (1972) by Louis Kahn and The Modern (2002) by Tadao Ando to follow nearby. Propped on a hill overlooking downtown Fort Worth, the International Style of the Amon Carter was noticed by the inner art and architecture circles on the East Coast. Welcomed murmurs were heard about the sophisticated tastes existing in “Cowtown” and Texas.

Next weekend, I’ll be touring the visual art scene in Austin with Jed Morse, Curator at Nasher Sculpture Center, and a group from the Nasher’s Avant-Garde Society. My prediction: I’ll have many topics and photos to share with you in two weeks.

John Singer Sargent is on my Top Ten List of best painters who ever lived. The Clark Art Institute has lent four of his paintings to the Amon Carter Museum in Fort Worth. One of them – “Fumée d’Ambres Gris” (1880) – is among my Sargent favorites.

Why is he in my pantheon? One reason is his masterful handling of paint. As seen in “Fumée” (refer to image below), Sargent manipulates the color white in a way that every studio art teacher can use as a textbook example of how to handle white. There is no color white in nature; it exists only in a can or tube of manufactured paint. And, every beginner painter (myself included) automatically uses it straight from the tube; and, thus fails to capture the essence of sunlight or the subtle recesses of a distant wall. From Sargent we learn a trade secret: mix white with other colors to capture on canvas what you see in life. To imitate sunlight, a touch of orange is the secret. To render a remote corner, violet grey is the solution. “Fumée“is basically a monochromatic painting, but on examination you rarely see white “straight” from the tube.

Here are a few other reasons, which are evident in “Fumée,” that I greatly admire Sargent. His compositions are cropped, a device that was modern for his time. He was innovative in his choice of subject matter, using travels to exotic locales for ideas. The North African woman inhaling vapors in “Fumée” was an image from a trip to Tangier.

Since I’ve opened and shared my art voting book, my number one favorite Sargent painting is “The Daughters of Edward Darley Boit,” which is on permanent display at the Museum of Fine Arts, Boston (MFA). I remember being fortunate my senior year of college when I was selected to intern at the MFA. I’d take breaks and “visit” this painting – simply staring firsthand at the masterpiece that I had seen in an Art History slide lecture. Decades later I lived in the Boston area and would again sit on the same wooden bench before the sisters and sketch as a way to practice drawing and linger with Sargent. The study below is of eight-year old Maria Louisa (the sister in the left most corner). Of note, the Boit heirs gave the MFA the six-foot-tall, blue-and-white vases you see in the painting. They now flank this nearly life-size (87-3/8” x 87-5/8”) group portrait. 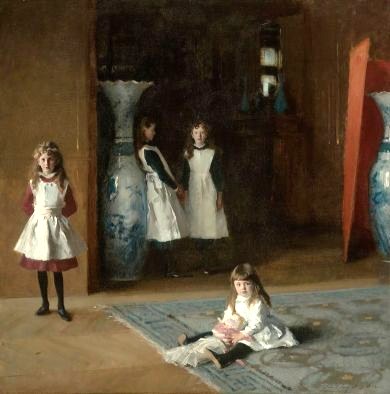 From my sketch pad (2002) | Study of Maria Louisa, one of four sisters in Sargent’s “The Daughters of Edward Darley Boit”

If you are a Sargent fan or simply like looking at an excellent painter’s work, I recommend the drive to Fort Worth. “Sargent’s Youthful Genius” is open through June 17th, as is “The Age of Impressionism: Great French Paintings from the Clark” across the street at the Kimball Art Museum.